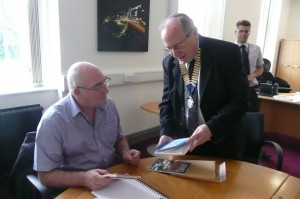 The President presented the Mayor with a copy of the Manchester Jewish Year Book  published by the Council, a book about Jewish Belief and a book about Israel.

Make a Donation to the Rep Council