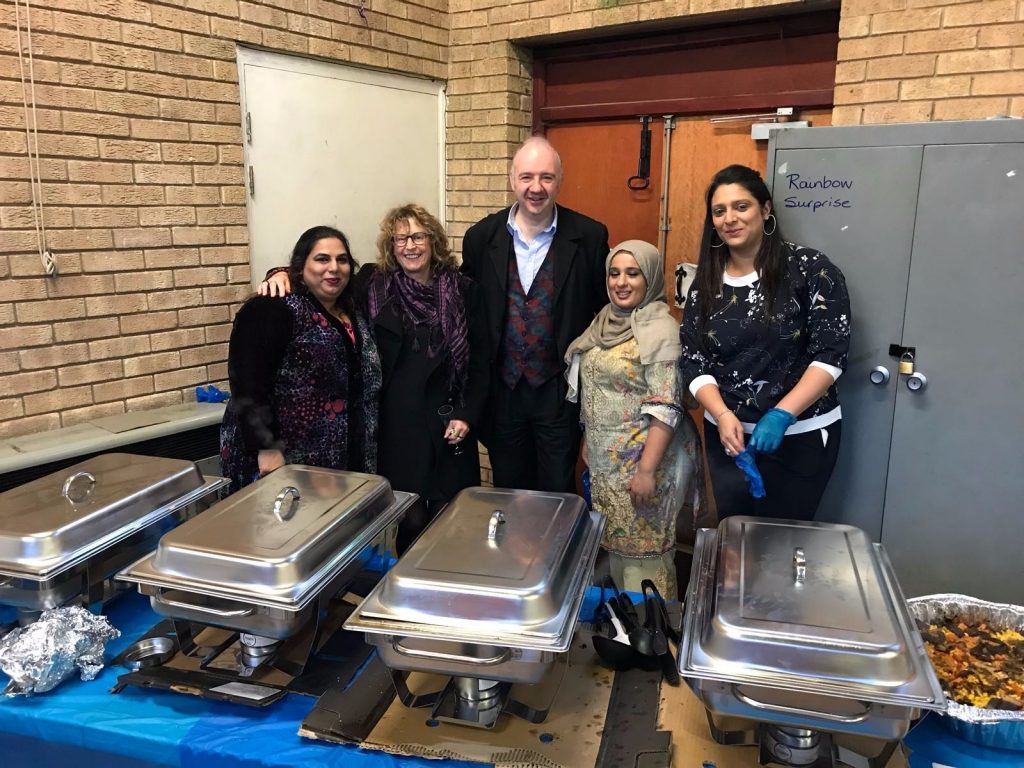 An initiative of the Jewish Representative Council has seen the Jewish community help transport vulnerable and isolated people to parties across the region during the festive period. David Lewis again led the effort, organising transport for St John’s & St Mark’s Church in Bury and St Joseph’s Church in Ramsbottom. He said, “This is the fourth year of the project and shows the best of our community and interfaith cooperation. It is getting bigger every year and is a wonderful Kiddush Hashem.”

Jonny Wineberg, the Jewish Representative Council’s Chair of Executive, organised transport for Xmas Day parties run by Manchester South Central Foodbank in Moss Side and Rainbow Surprise at Crumpsall Methodist Church. He said, “To see the joyful look on people’s faces at these parties shows what very practical social action can achieve. We widened the offer to other Churches this year and were even able to take a young Syrian refugee to Clitheroe on Christmas Eve to spend the holidays with a family there.”

Those travelling to the parties were a diverse group including Christian asylum seekers from Syria and other countries who had fled from religious persecution; isolated disabled and elderly people who would otherwise have spent the day on their own; and young people with mental health problems. The 20 Jewish drivers were also joined by Mohammed and Tahara Amin, Chair and Secretary of the Muslim Jewish Forum of Greater Manchester.

In all over 250 people attended the the Xmas Parties. The photograph attached is of volunteers at the Rainbow Surprise Xmas Party in the Hall at Crumpsall Methodist Church. L-r: Shabnam Hussain (Project Manager), Suzi Hoffman, Jonny Wineberg, Yasmeen Bostan and Sabz Khan.

Whilst still a year away, the Jewish Representative Council would love to hear from others who would like to get involved so that support can be given to yet more Churches.