From Prestwich Hebrew Congregation “The Shrubberies”

American Jews are pledging in the aftermath of Pittsburgh to go to shul on Shabbat, to fill the synagogues as a show of defiance which is exactly what we’re going to do here in the UK – we’re voting with our feet.

If this is an attempt to send Jews fleeing for the hills, it will be met with a steady stance, a solidity that says ‘no chance.’ That’s what ‘Je Suis Juif’ was all about. That’s what the Kippah March in Berlin was all about. Cower? Not today, thanks. Run and hide? You obviously don’t know much about Jews. When attacked we pick ourselves up, dust ourselves off and square up to those who mean us harm.

Jews joining from around the world, standing as one. It’s a steadfastness that those who hate us underestimate, or simply don’t understand. It’s not by chance that we’re still here after thousands of years as target practice. By filling our shuls this Shabbat, we’re not just countering the killer – we’re countering the motivations of the killer, reaffirming our unity, healing together and sending a message of support to Jews in Pittsburgh and around the world. This act of hate will not be forgotten, nor will rhetoric that fuels hate of any minority be forgiven. It will be met with defiance, as hate always is.

Those worshippers in Pittsburgh may have felt helpless as the bullets flew, but the Jewish people are not. 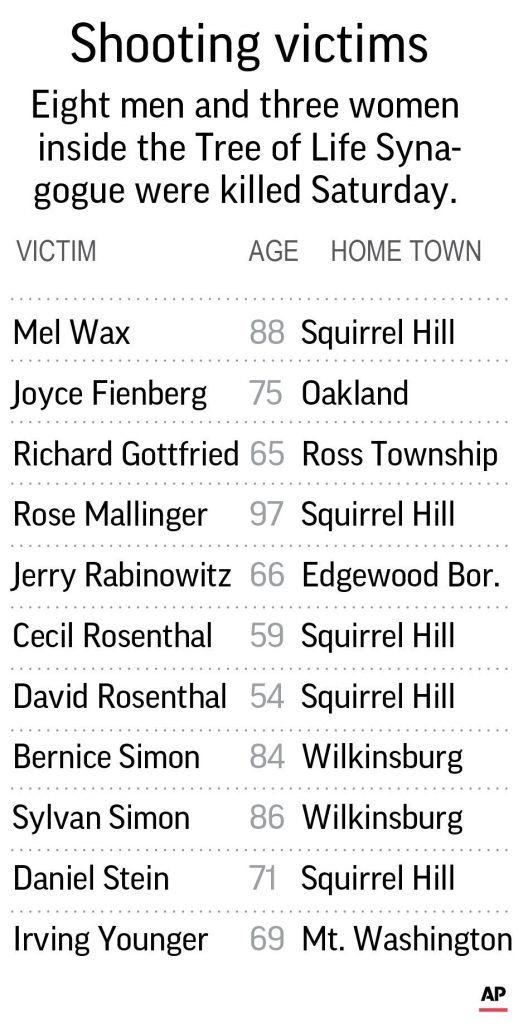