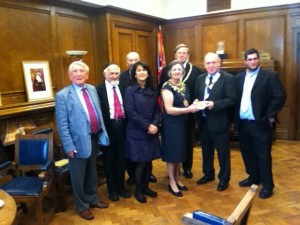 Rabbi Amir Ellituv of  Hale Shephardi  Shul  was  also  there  -but  came after photo taken  so you can say he took  this  !